The Strom Thurmond High School Athletic Department highlights a male and  female student athlete each month who have exemplified Pride, Class, Courage, and the Will to Win on and off the field.  We are excited to announce that our Texas Roadhouse Athletes of the Month for August are Stanley Hill and Graycen Sanders.

Stanley Hill is a Junior and a member of the STHS Varsity Football team. Stanley has had a great month running the football for the Rebels as he as racked up over 528 yards and 6 touchdowns so far this season.  Stanley also takes pride in his academics and his character on a daily basis.  “Stanley is a hard working young man and a selfless team player. He is a pleasure to coach,”  said Head Football Coach Antwuan Hillary.

Graycen Sanders is a Freshman and a member of the STHS Cross Country team.  Graycen works very hard to be the best that she can be on and off the field.  She is a model student in the classroom and gives her best on a daily basis.  Graycen helped the STHS Girls Cross County team finish in 1st place at the Augusta Prep Invitational last weekend. Graycen was also the individual 1st place finisher at the event.  “I am very proud of Graycen, not only for what she has done running, but also the great academic start she is off to this year,” said Head Cross Country Coach Tommy Behr.

Thank you Texas Roadhouse in Augusta for sponsoring our Male and Female Athlete of the Month! 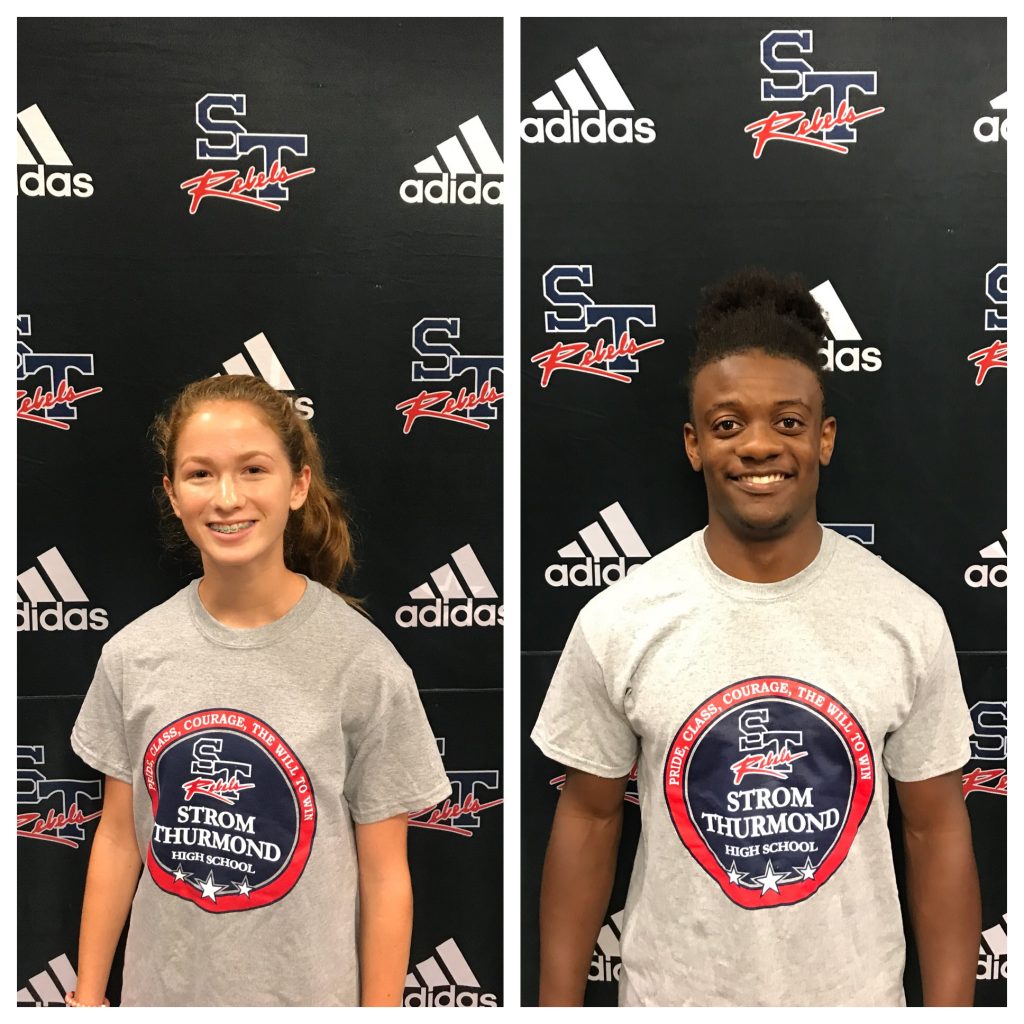